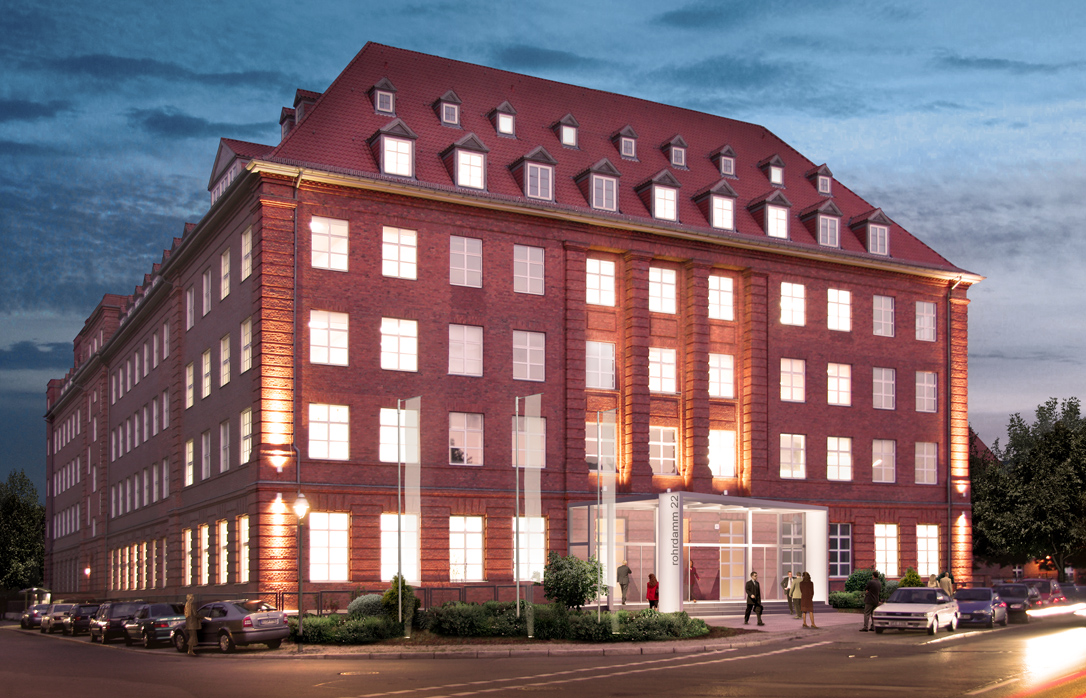 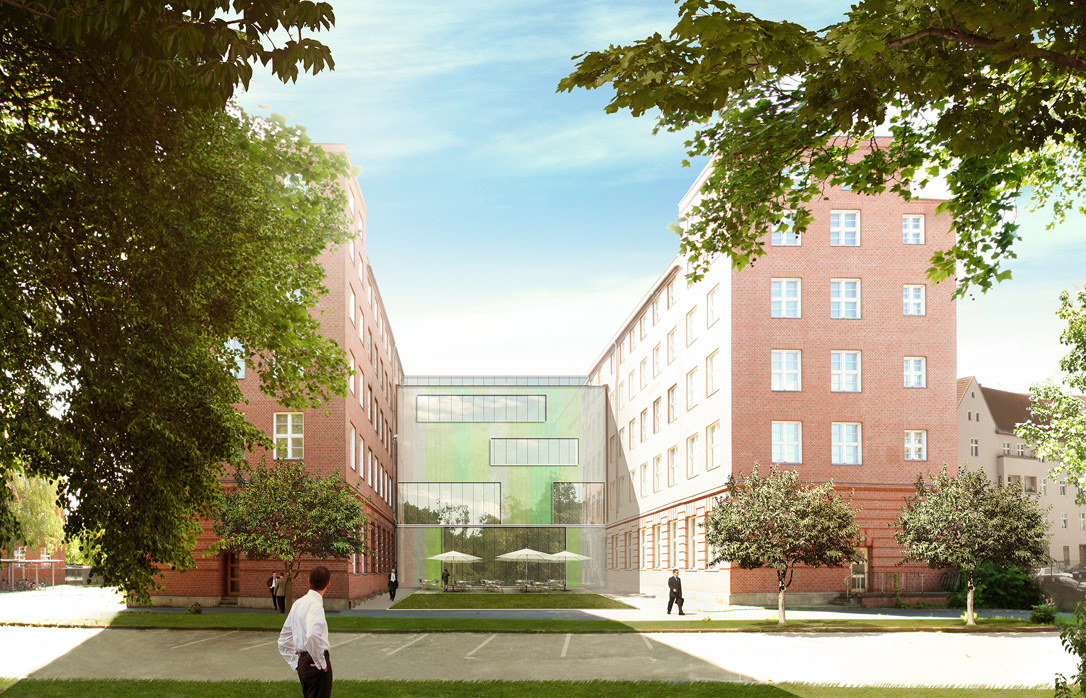 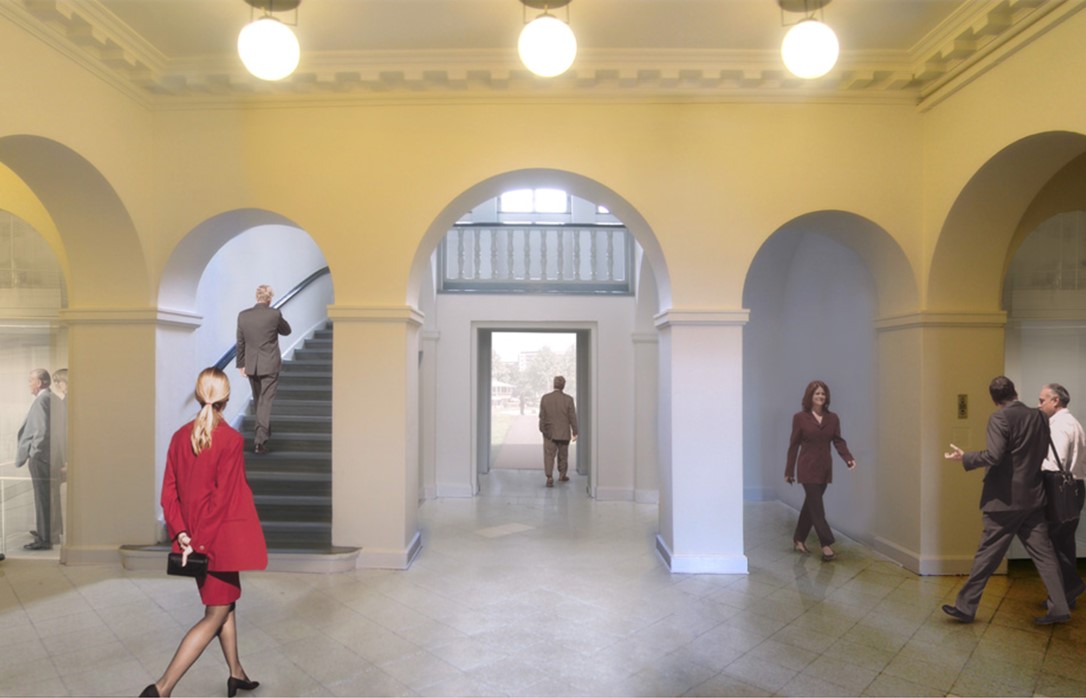 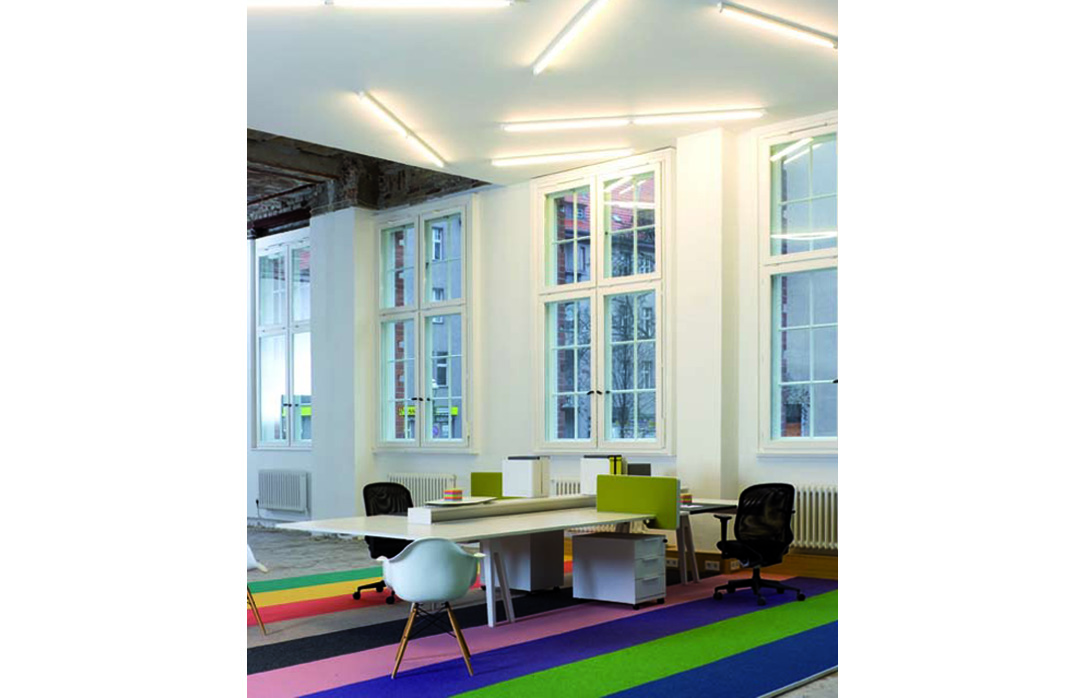 For the building, which was formerly designed as a physical-chemical laboratory, the conversion into a representative and modern office building was planned, the existing potential of the building and its structure reactivated.

In addition to the existing building structure, a hall was planned in the cubature of the former research hall from 1937. It picks up on the construction materials and is implemented as a self-supporting steel-glass construction in the courtyard.

A new canopy, used as a gallery, to be built.