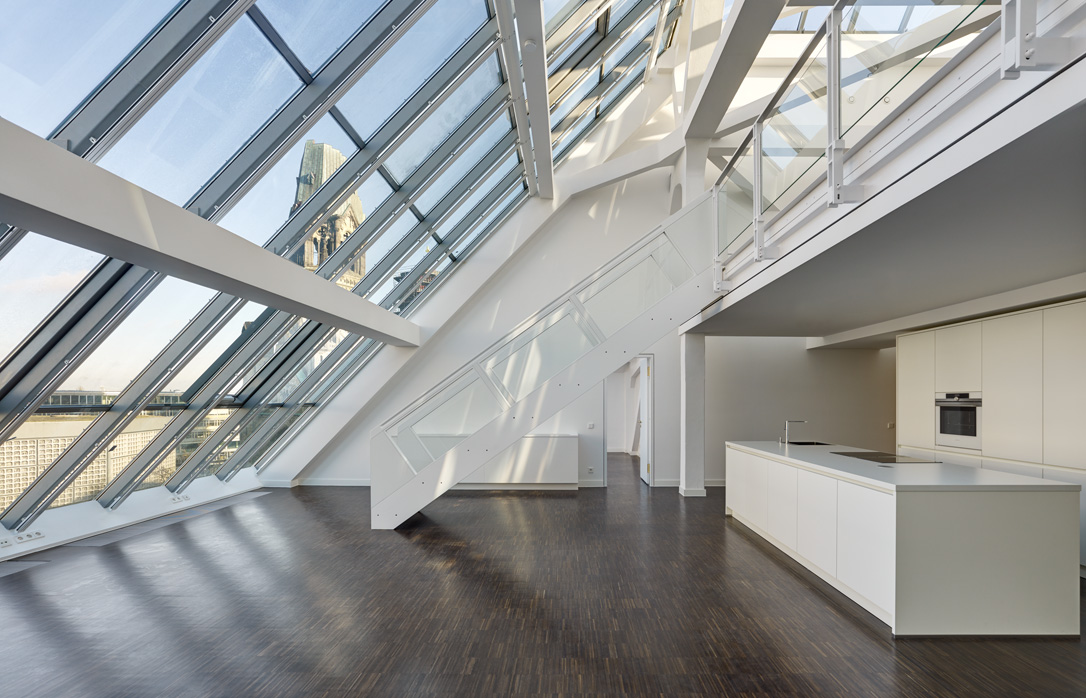 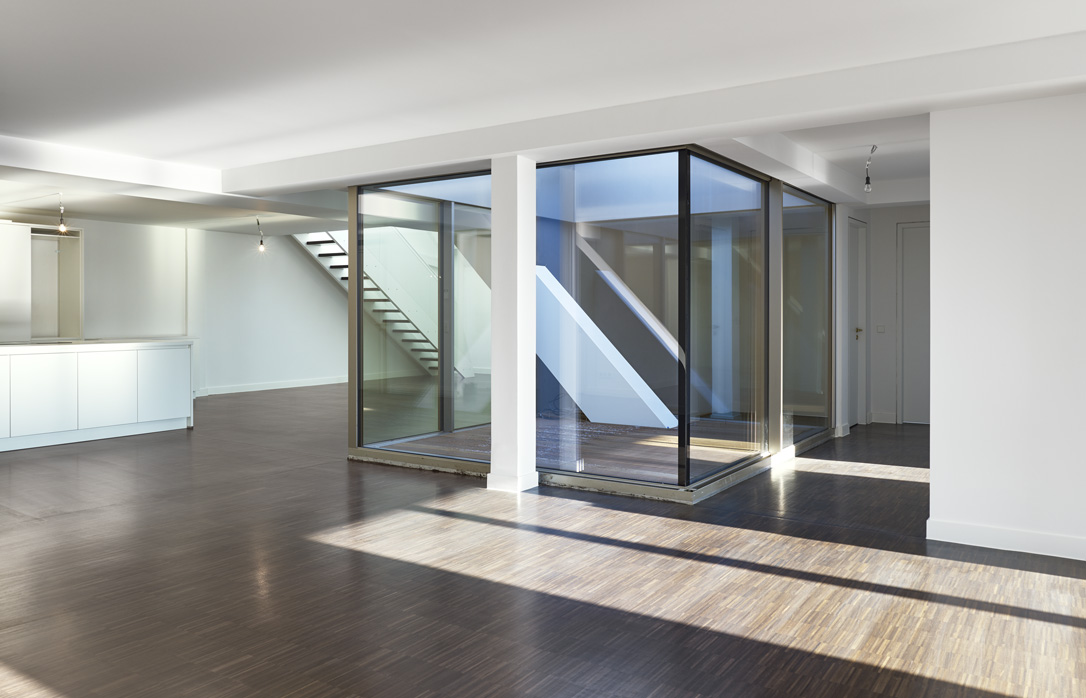 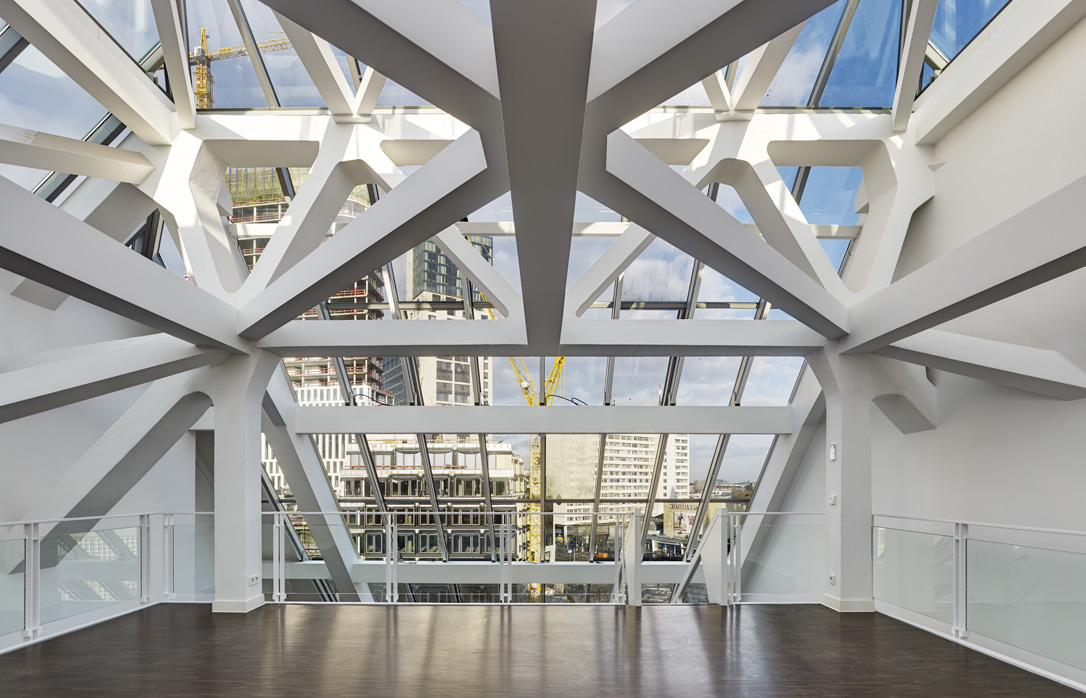 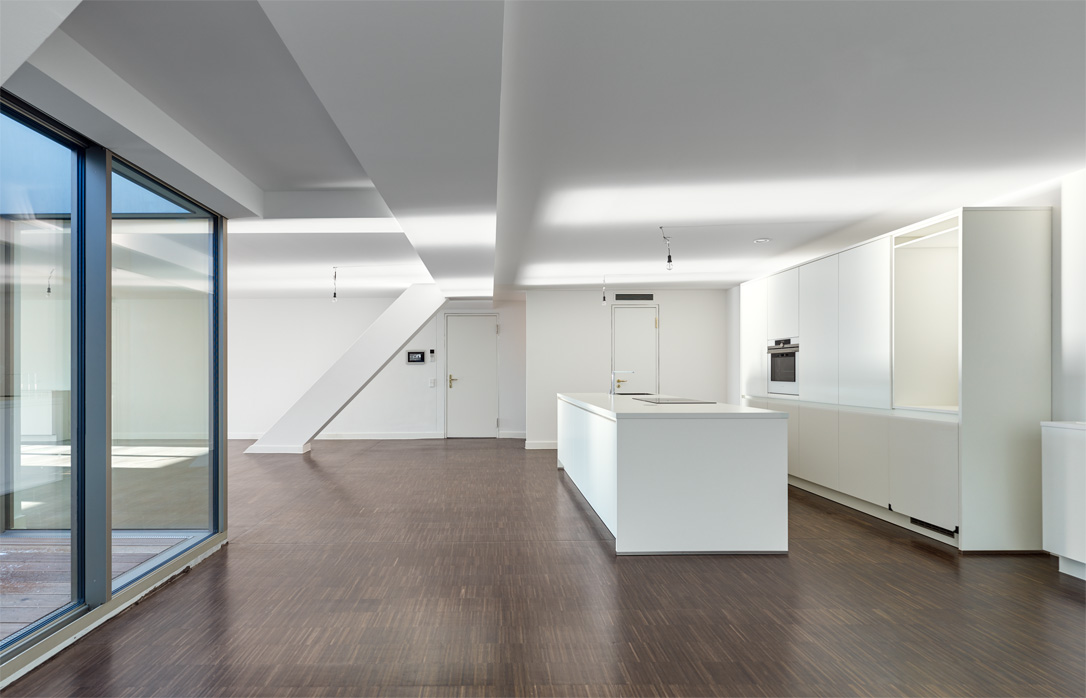 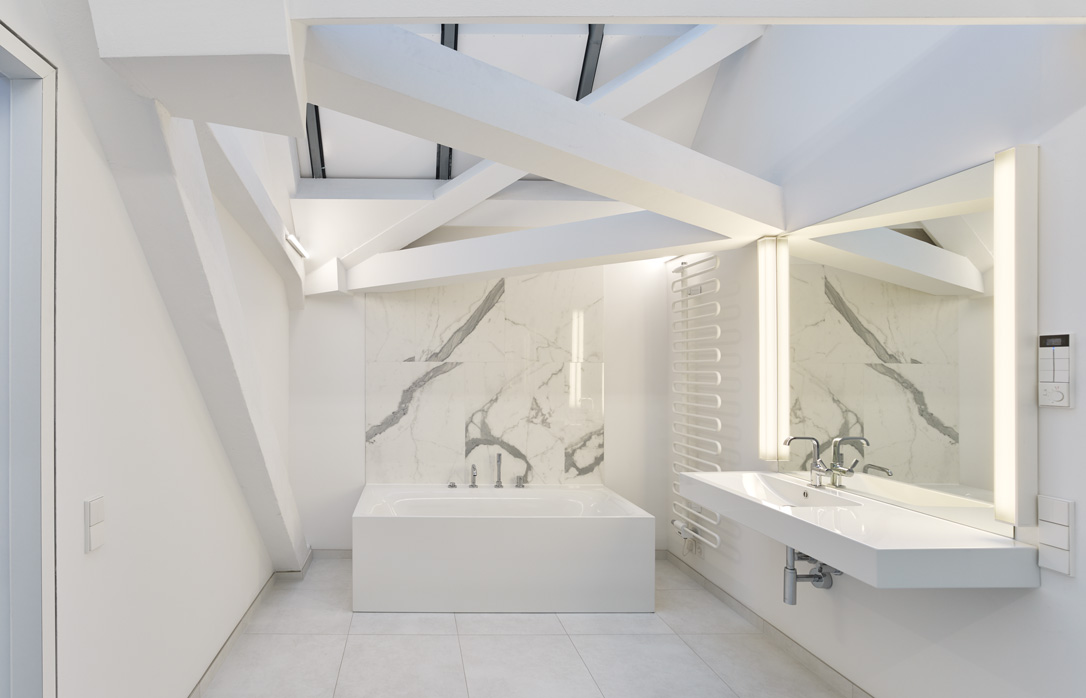 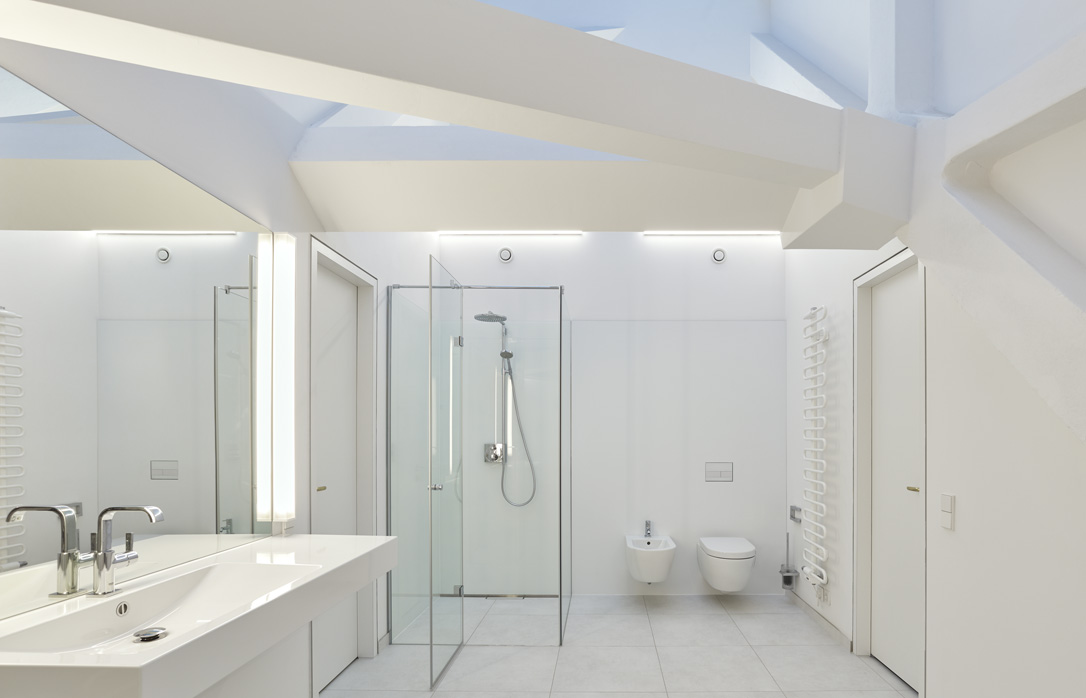 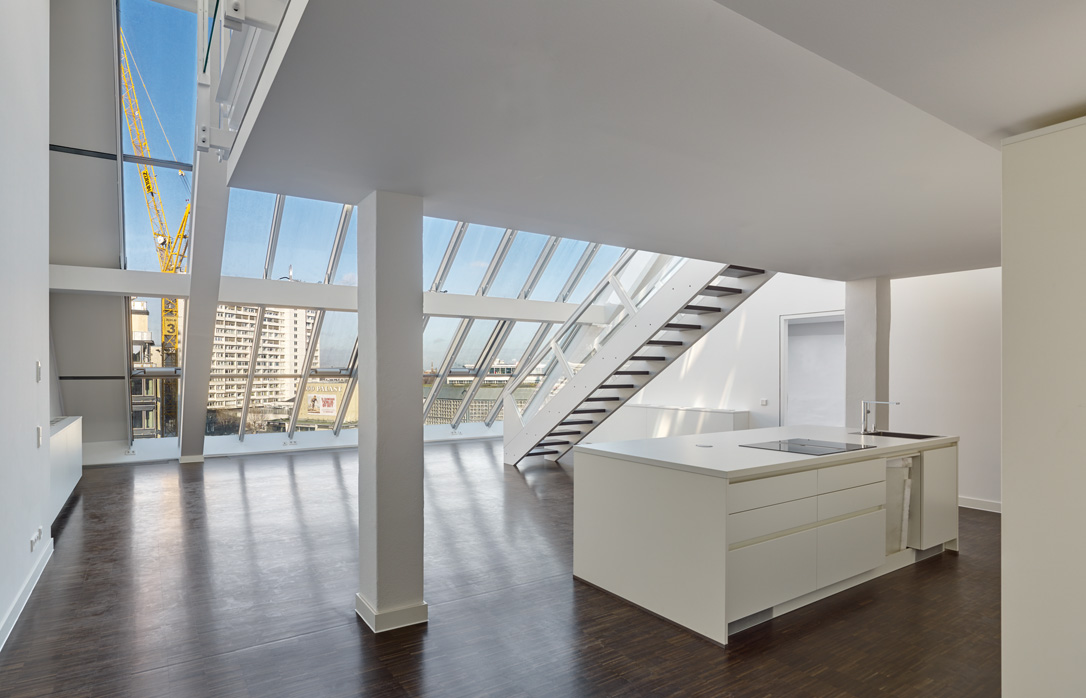 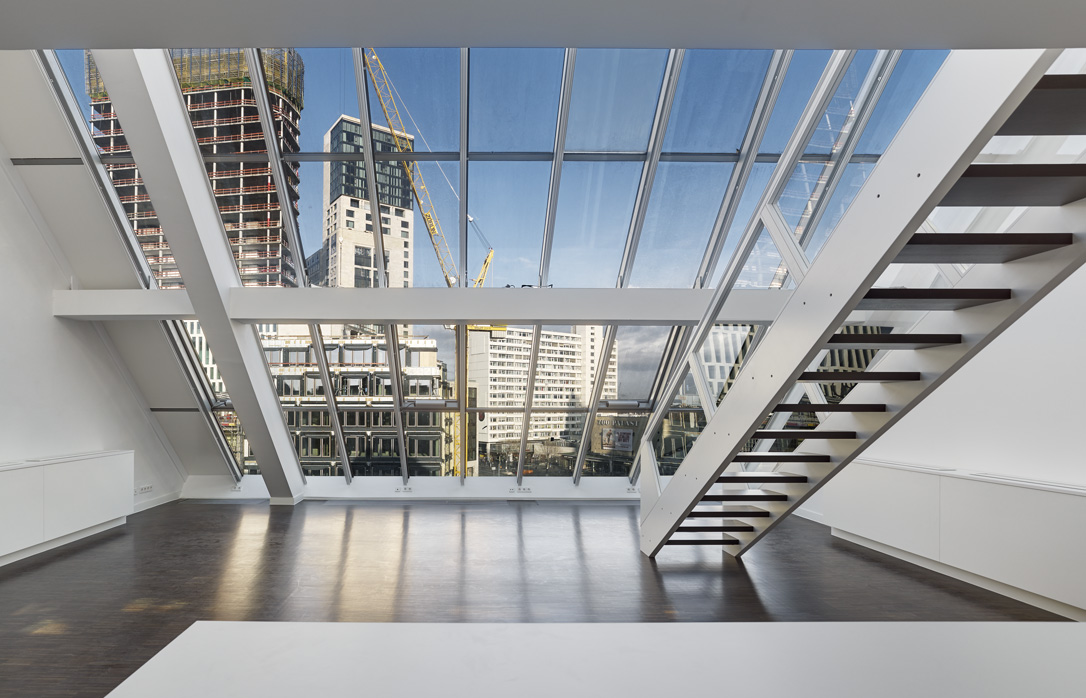 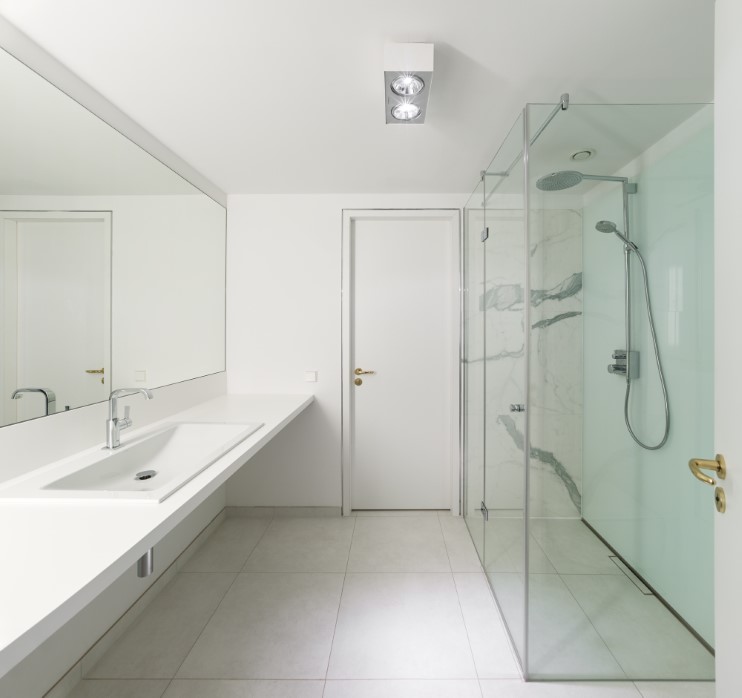 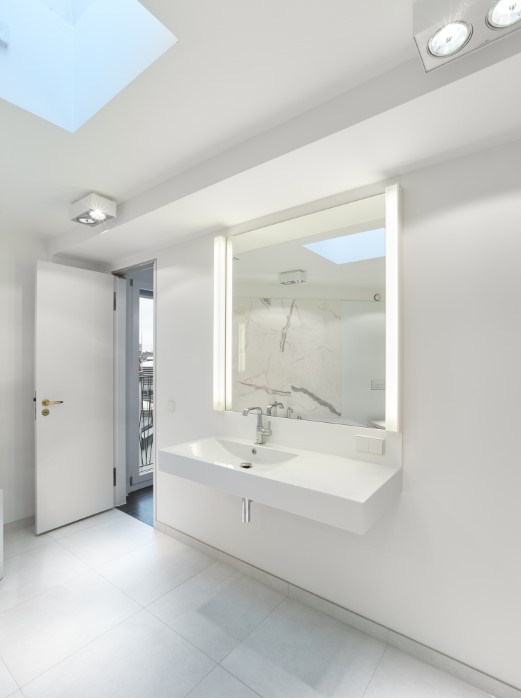 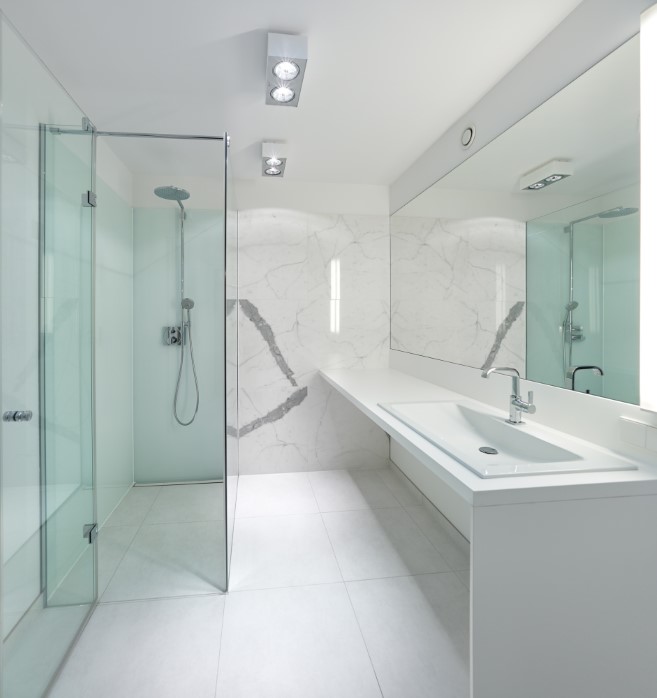 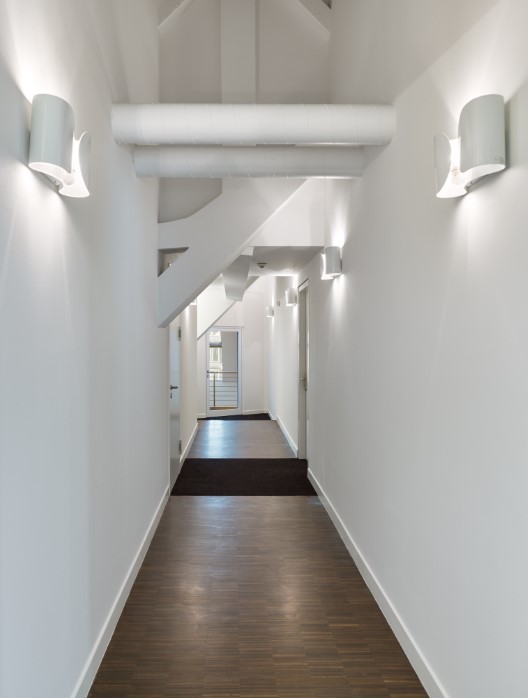 Marmorhaus was built in 1912/13 at Kurfürstendamm 236 as a cinema. The original tile-roofed wooden roof structure was later converted into a glass roof structure. The building is listed in the Berlin State Monument List. Today’s southern reinforced concrete facade is plastered, the street side covered with marble. The ceilings are made with reinforced concrete.

Baumgarten Simon Architekten planned and implemented the renovation of the 5th floor of Marmorhaus. Two high-quality rental apartments were created. The renovation was carried out with the existing building largely preserved.

Due to an annexe from earlier years, the building was given a very large depth, which had an unfavourable effect on the lighting conditions for the second apartment. The solution here was an incision for a patio, with a mirror mounted in the upper area where the reflection of the Gedächtniskirche can be seen.

A reference to the marble facade was created on the walls of the bathrooms with material and structure.

The apartments are equipped with large glazed roof areas, glass patio, roof terrace and open kitchen with an island. The direct view of the Memorial Church opposite is spectacular.