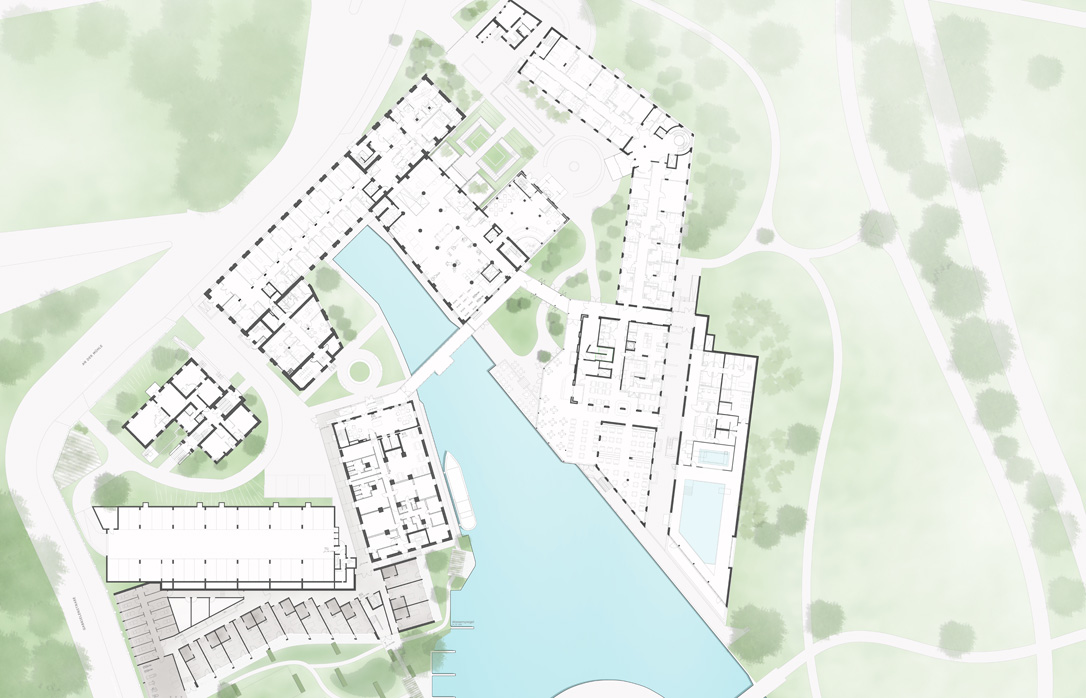 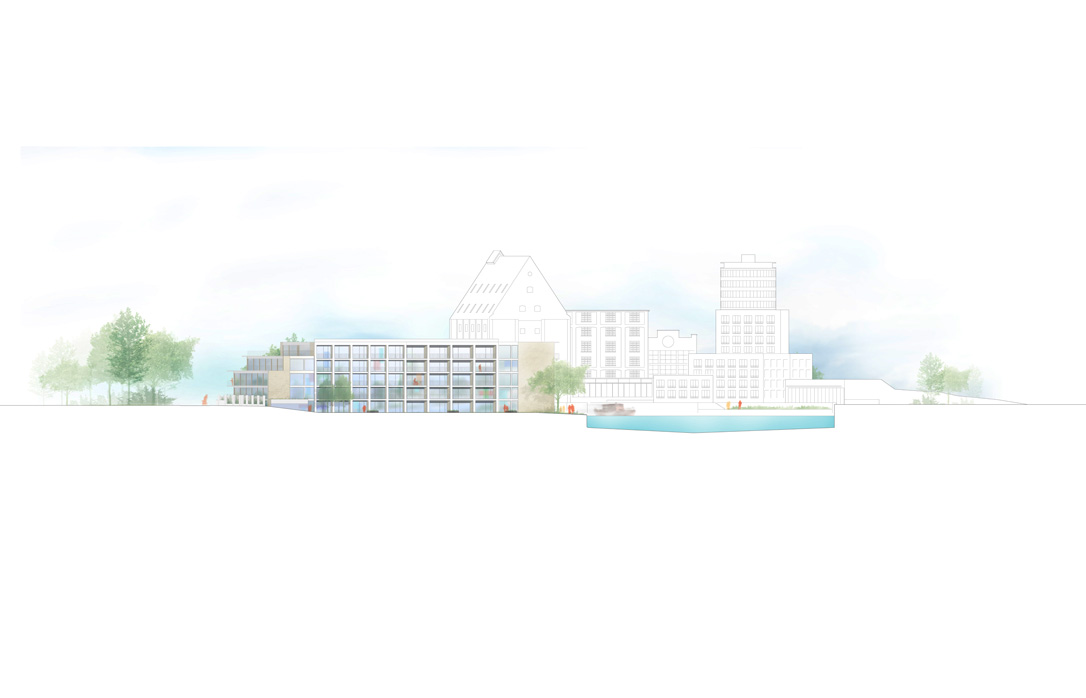 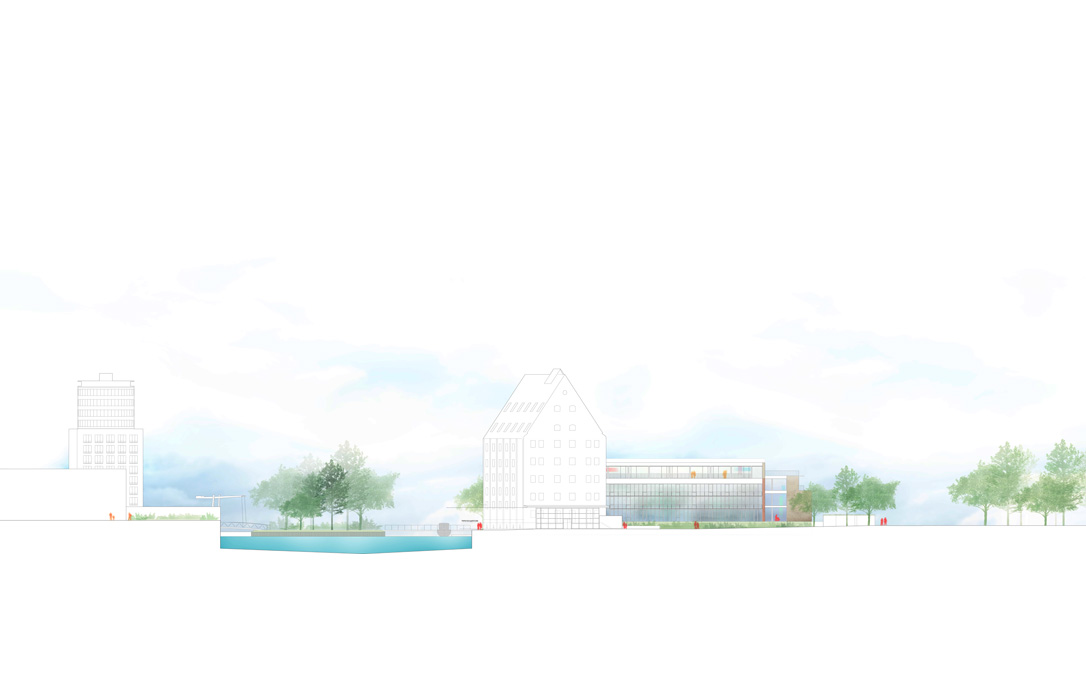 An extension of the ward block of the Medical Park Humboldtmühle implemented as a new building, which is oriented to the surrounding buildings with its supporting structures. Within these structures, the facade has loggias that are reminiscent of sanatorium buildings from the 20th century.

The current bed house, a former hotel, will be expanded and upgraded with loggias.

Starting from the first floor, the new building forms an inner courtyard with visual connections to the existing building. The light, airy atmosphere and healthy green are equally directed into the dark existing corridor and the new building.

The building has five full floors. Each of these floors is defined by its visual connection towards the Tegeler Fließ, Schlosspark Tegel and the designed garden in the floor plan.

A separate room is the new barrier-free connection between the new building and building M to the medical campus and the restaurant. The upper floors are staggered, creating terraces into the direction of Gabrielenstrasse. In contrast, the new building on the side of the Tegeler Fließ takes a strong position in interaction with the historical buildings.